You’d be forgiven for thinking that a solar panel is a solar panel and that’s that, but the truth of the matter is that, although all solar panels serve the same general purpose, there are a few different types, the most important of which are monocrystalline and polycrystalline. 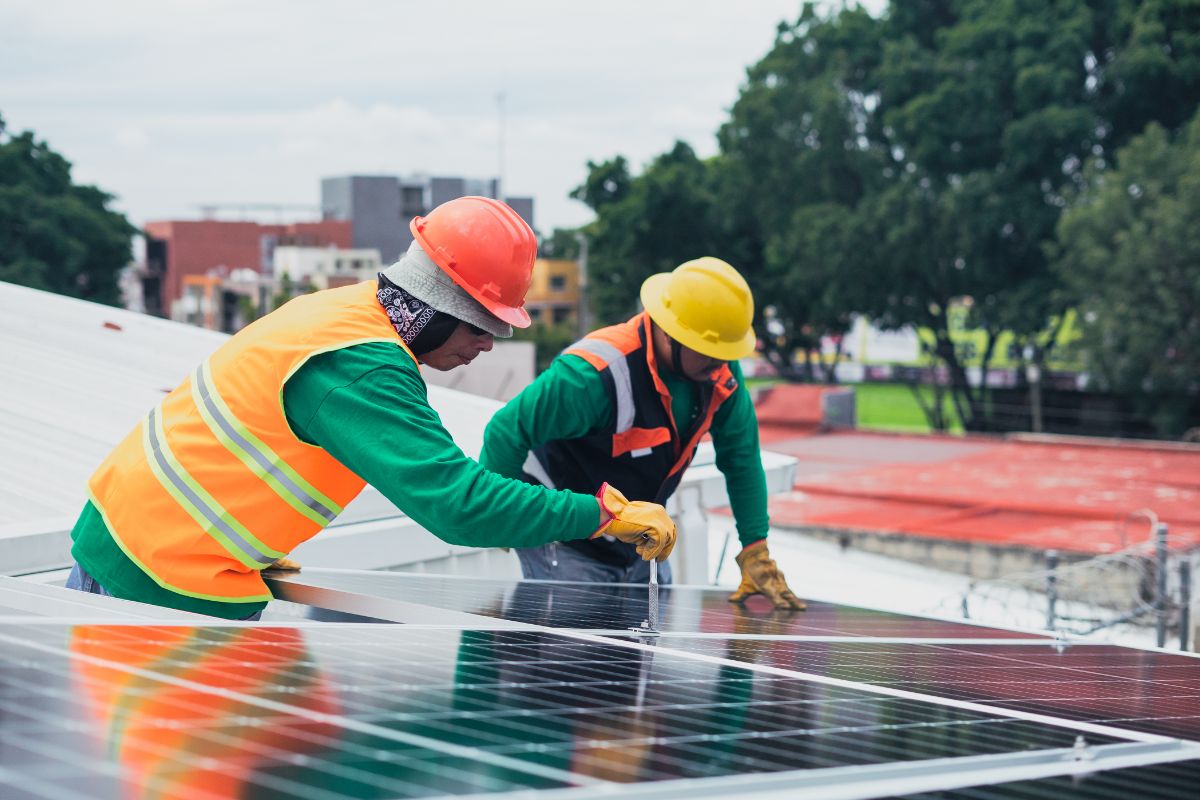 In a nutshell, the difference between these two panel types is efficiency — Mono is more energy efficient, and thus, is positioned as the premium option, while poly is known to let slightly more energy slip through the solar net.

But that’s not to say you should shun polycrystalline panels and fork out for the fancy stuff. There’s more to it than that.

So, before you make your decisions, let’s discuss the matter in greater detail.

The difference between polycrystalline and monocrystalline panel technology isn’t quite as drastic as you might think; it’s all just a matter of construction.

For the uninitiated, the cells of solar panels are made from silicon, and as you can glean from their names, poly cells are composed of many different bits of silicon blended together, and mono cells are all cut from the same piece of silicon.

The manufacturing process of mono panels is a lot more arduous than that of poly panels, meaning they’re more expensive to produce, but the results are quite spectacular.

As mentioned above, using a single piece of silicon increases energy efficiency… but why is this?

Instead of smooth cellular oneness, there are scars and sutures forming imperfect pathways that inhibit the movement of electrons.

How Do Polycrystalline And Monocrystalline Solar Panels Compare In Terms Of Efficiency?

Poly panels typically have an efficiency range between 13 and 15%, while mono panels bump that range up to between 15 and 20%, and they’re only getting better as the months go by.

Rumor has it that some manufacturers have cracked the 50% efficiency threshold with certain experimental panels!

But what does this difference in module efficiency mean in a real-life situation?

Well, simply enough, it means that you can draw more power with mono panels than you can with poly panels of the same size.

In other words, mono isn’t just more efficient, it’s also more space-friendly, which is a massive factor to consider when developing a solar system.

How Are Monocrystalline Solar Panels Made?

To form a monocrystalline panel, you first need to get your hands on a giant piece of silicon, and the only way to do that is to grow it in a lab until it forms a huge crystal log referred to as an ingot.

In order to make this ginormous crystal, silicon rocks are melted at a whopping 2500 °F before a seed crystal is lowered into the crucible of the liquid and then gradually pulled back out while being spun, similar to the way hand-dipped candles are made, but with molten rocks instead of wax.

Then, kind of like a kebab, extremely thin disks are cut from the crystal cylinder, trimmed into octagons, and laid out on the panel.

A common misconception is that all the cells are continuous, composed of a singular sheet of silicon, but that would be impossible, as the cells need to be discrete to function properly.

What is actually meant when people say that mono is made from one piece of silicone is that all material is drawn from a single ingot.

Due to the structural uniformity of mono silicone cut from an ingot, the cells have a purer, darker color, almost completely black in some cases.

How Are Polycrystalline Solar Cells Made? The silicon used for poly cells is also formed by melting an abundance of silicon rocks, but the process is very different.

The furnace that does the melting is oblong shaped, and it doesn’t form one new complete ingot, rather, a conglomerate ingot composed of many structurally unique silicon crystals.

You can think of poly silicon as chipboard, while mono silicon is like a solid piece of wood.

The lack of uniformity in this crystallization means that the thin slices cut from the bulk aren’t great conductors.

As I mentioned earlier, they’re riddled with imperfections that stop electrons from getting where they’re supposed to be. They also lighten the color of the cells to a deep blue.

Ironically, solar panels really don’t like heat. Their idea of perfect weather is bright and sunny, but nice and cool.

By contrast, poly cells drop 0.051% current per degree kelvin above the max lab test temperature, so mono cells are superior on this front too, but unless you live in the middle of the desert, this 2/100 of an amp difference is relatively negligible.

It’s another feather in the mono cell’s cap here.

Due to their pristine uniformity that facilitates the free-flowing of electrons, they’re slightly more efficient when partially shaded, but the use of microinverters and DC optimizers can close this performance gap significantly.

Are Mono Or Poly Panels Better For The Environment?

Here’s where things get interesting.

The manufacturing process of mono panels is far more wasteful than that of poly panels, and being that environmentalism is one of the core reasons to get into solar in the first place, it poses something of a moral quandary for some.

Final Thoughts: Which Is Right For You?

I’d say the main factor to consider when deciding between monocrystalline and polycrystalline solar panels is your available space.

You can invest in various augmentations to optimize poly panels and achieve close to mono-grade performance, so efficiency differentials aren’t necessarily a concern, and pricing can end up quite similar when all’s accounted for, but there’s no way to make more space.

If you’re trying to fit as much solar power as possible into a compact area, mono panels are the only way to go, but if space isn’t running as much of a premium, you can settle for poly panels without cutting into your desired solar yield.